Soccer players are the most prominent international sports stars on the planet. Sure, there’s LeBron James and Tom Brady, but not even those two can hold a candle to Lionel Messi or even Cristiano Ronaldo. Since fútbol athletes are so monumental and create large amounts of wealth for themselves, they don’t find it too hard attracting a significant other. That, or they’ve known their spouse since before they made it to the big leagues. Whatever the case, these players wouldn’t be complete without their better halves, so let’s find out who these World Cup professionals get to call their partner!

The Love Between Ronaldo And Georgina Rodríguez

Cristiano Ronaldo is undoubtedly one of the top soccer players in the world. Whether you want to name him the number one guy is subjective, but something you can’t debate is his love for partner Georgina Rodríguez. 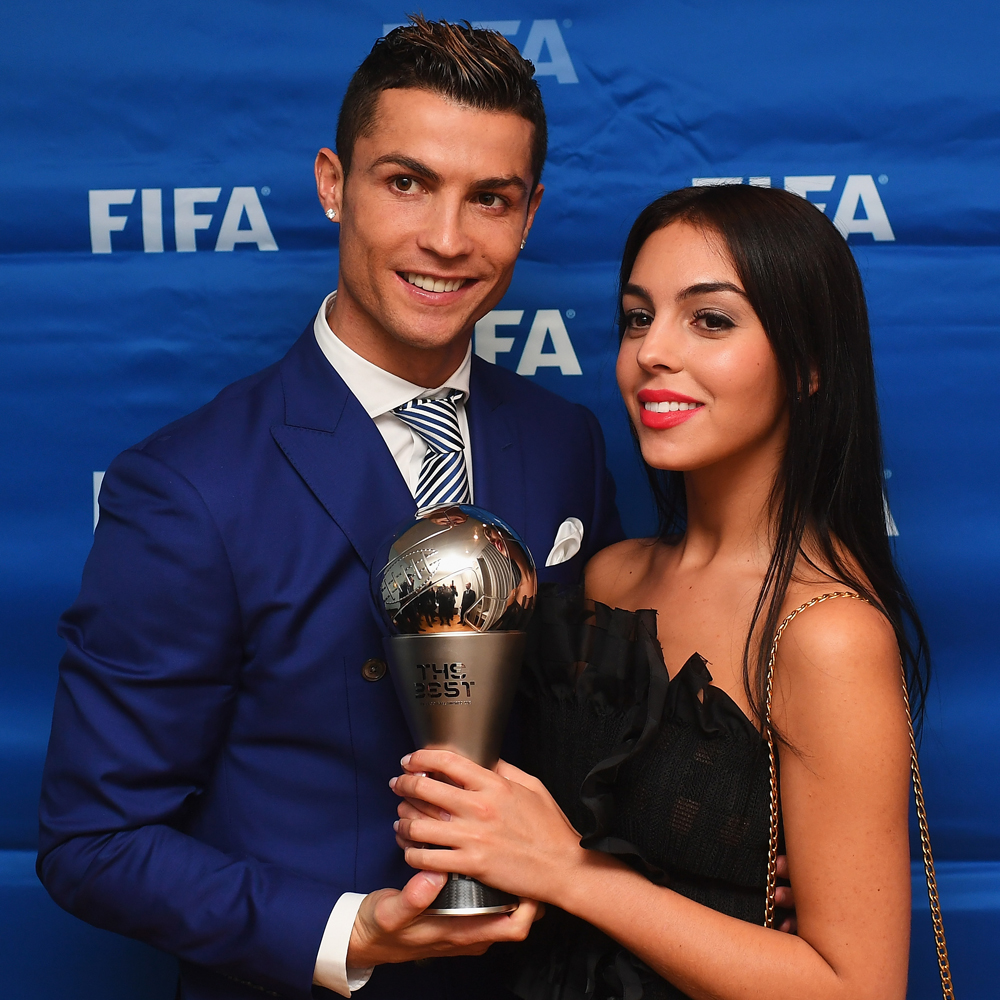 They began dating in 2017, and have overcome a few tough challenges in their relationship. According to The Sun, Ronaldo gives Rodríguez £80k ($103,040) a month as an allowance “to fund her lavish lifestyle.” That’s pocket money for Ronaldo, whose net worth is close to half a billion.

The Stars Align With Edurne And David De Gea 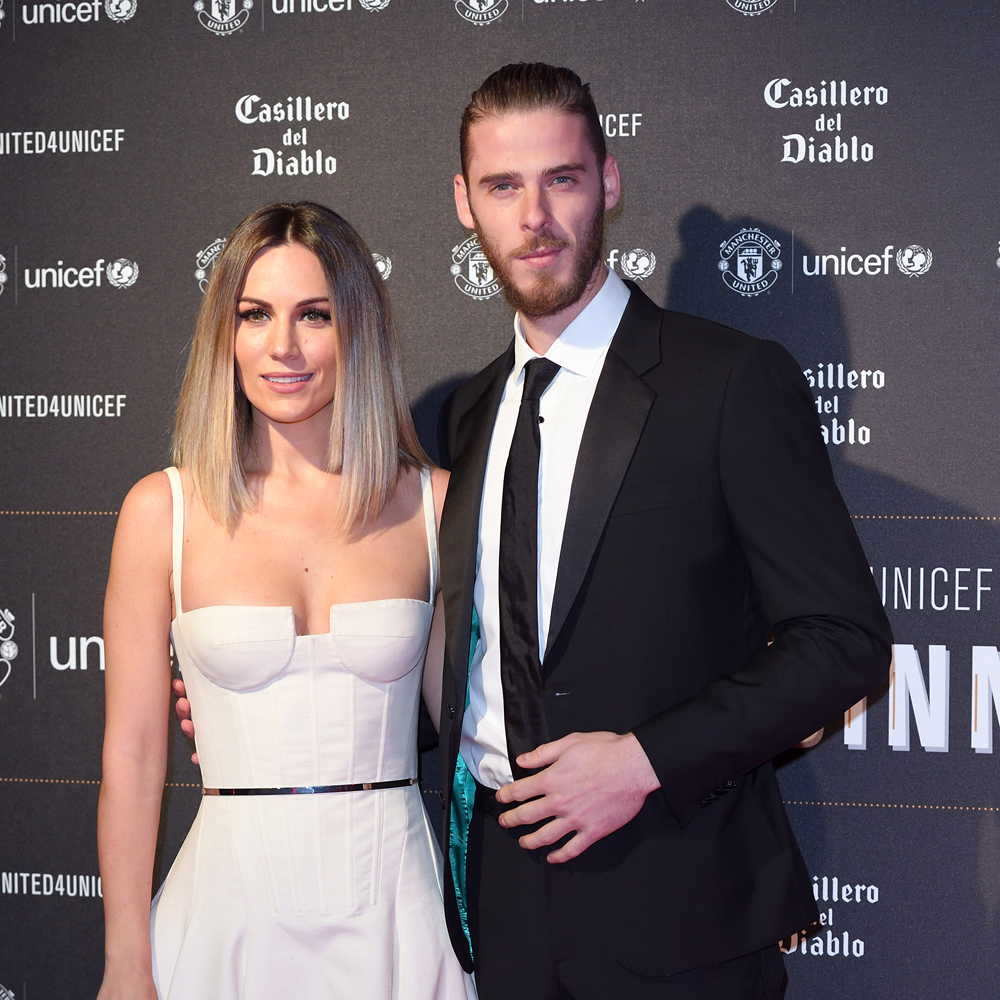 One is a sports star who plays for the Spanish national team and Manchester United F.C., and the other is a Spanish pop star. You put them together and you get one happy international couple.

David de Gea met Edurne Garcia in 2010, and the two haven’t split since. Edurne has six studio albums released and also serves as a judge for the TV series Idol Kids. While they both have busy lifestyles, the two still manage to support each other often.

Sergio Ramos is a star defender for Real Madrid and the Spanish national team. He married his wife Pilar Rubio in 2019. The two began their relationship in 2012 and have three sons together.

Rubio is a Spanish reporter who rose to fame for covering events for the program Sé lo que hicisteis… on the TV network La Sexta (The Sixth). For the most part, their relationship is private, but when Rubio had their latest child in 2018, she had to miss the World Cup to tend to the couple’s newborn. 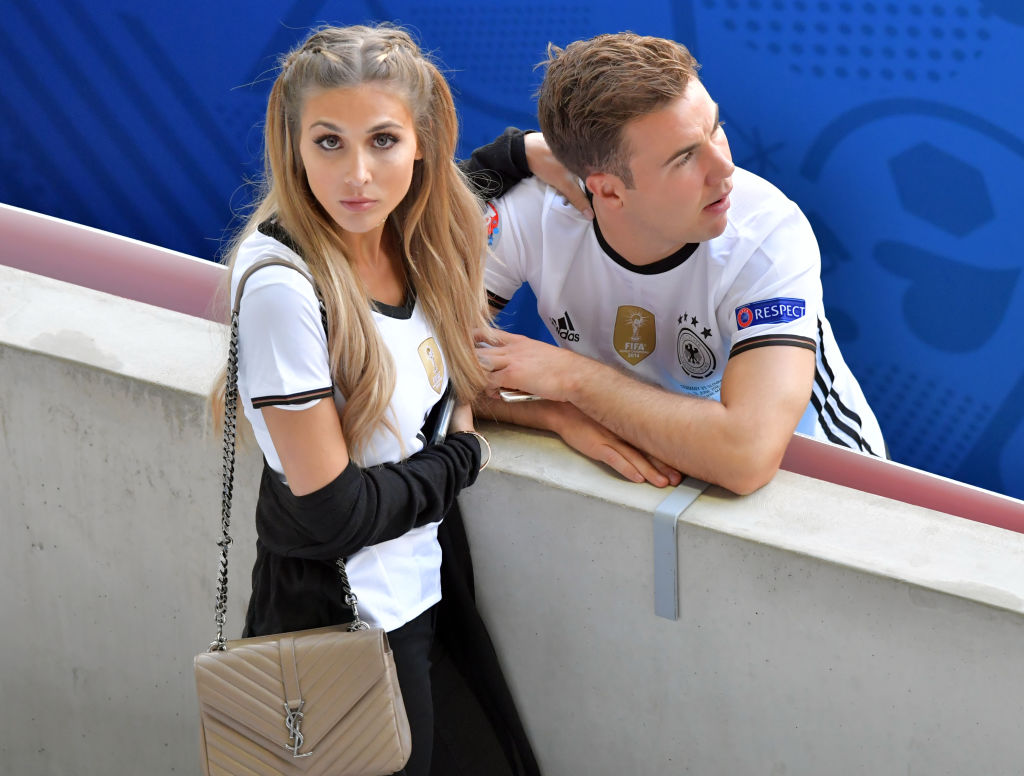 The German professional married Ann-Kathrin Brömmel in 2018, after six years of dating. Brömmel is a music artist who released her first single in 2010 titled “This Is Me.” She’s also a model who appeared on Germany’s Next Top Model, where she made it to the top 50. 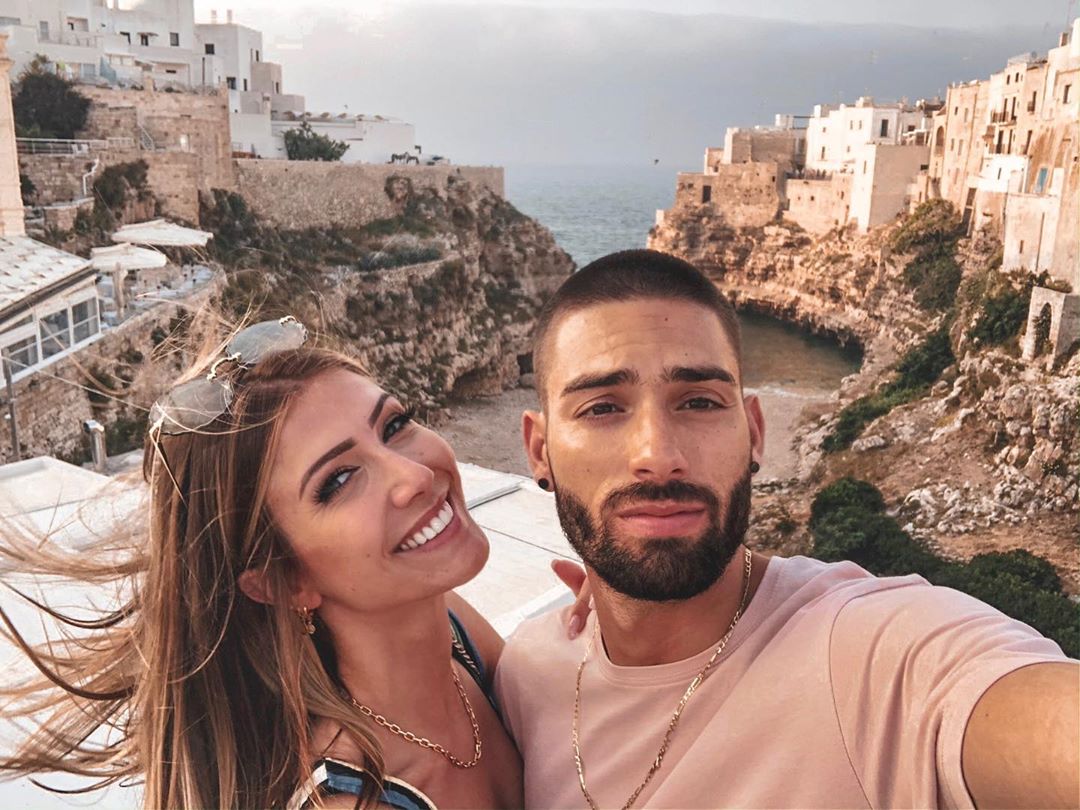 There aren’t many stars who would turn down the chance to date a previous Miss Belgium winner. Belgium national player, Yannick Carrasco is a midfielder who currently plays for Atlético Madrid. Since he’s from Belgium, marrying Noémie Happart was a fitting choice.

Happart won Miss Belgium in 2013, and also represented her country at Miss Universe in 2013. Both of them are the same age and Carrasco is crazy about his wife. After scoring the equalizer goal in the Champions League final in 2016, he celebrated by racing over to Happart and giving her a kiss on camera.

Next up, she rocked Super Bowl LIV and rocks this player’s life…

Gerard Piqué Is Always A Winner With Shakira

FC Barcelona footballer Gerard Piqué has a rich history with his girlfriend, who is more famous than he is! Piqué began dating Colombian pop sensation Shakira in 2011, a year after meeting her in one of Shakira’s music videos.

While the two aren’t married yet, they do have two sons together and they seem like they’re on track to tie the knot sooner rather than later. Given the demands of their lifestyles, waiting for marriage is probably the best idea. 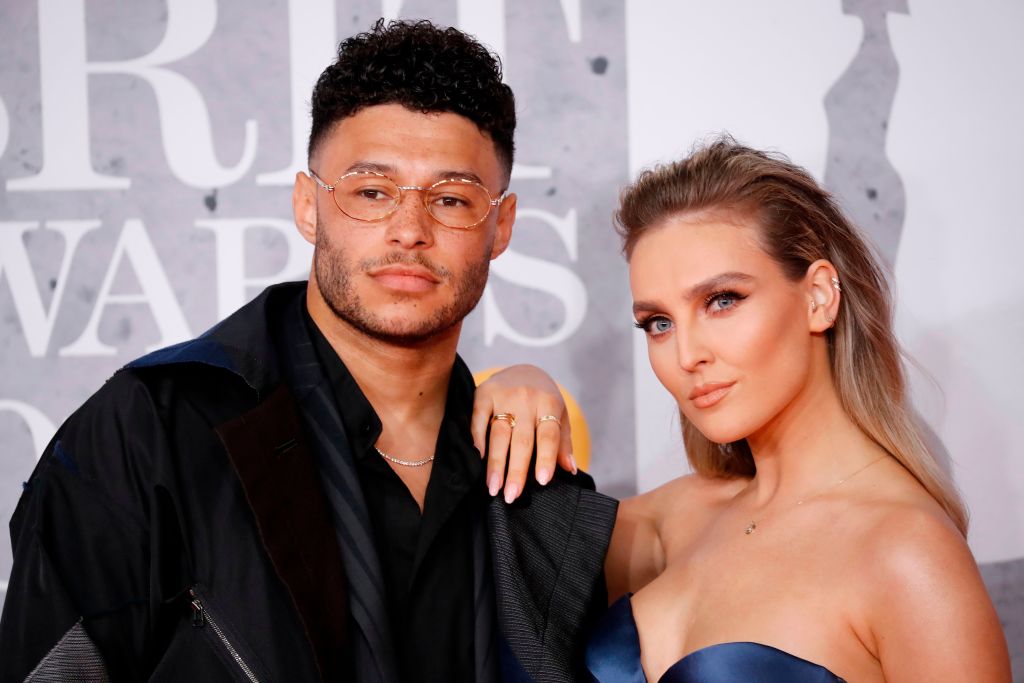 After an Arsenal game, someone got a great glimpse of both Oxlade-Chamberlain and Perrie Edwards. That audience member said he looked “smitten,” and that he “didn’t take his eyes off her throughout the entire thing.”

That was in 2017, and two years later, Edwards decided to tease that the couple might be engaged. After spelling his name wrong on an Instagram post, she responded with, “It’ll be way easier to spell when it’s my second name, and I have to write it all the time!”

The Everton Ace Who Tied The Knot With Alexandra Ivarsdottir 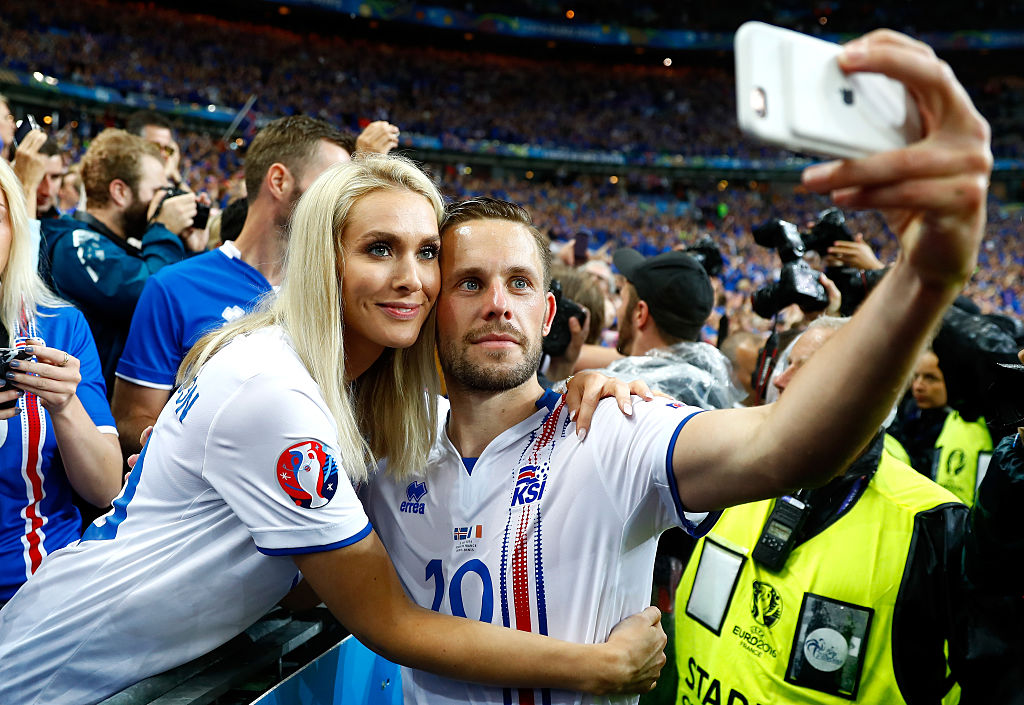 Gylfi Sigurðsson hails from Iceland and is a midfielder for the Icelandic national team and Everton F.C. Not only is Sigurðsson a sensational player, but his wife won over the whole country in 2008.

Alexandra Ívarsdóttir is a former Miss Iceland winner who also placed 15th in the 2008 Miss World Pageant. The two lovebirds tied the knot in 2019 at a stunning Lake Como ceremony. On her Instagram, Ívarsdóttir posted a picture with the caption, “Married my best friend on Saturday.”

Stick around for more, as we still have Neymar, Messi, and others…

Nuri Sahin And His Wife Tugba Have A Deep Connection 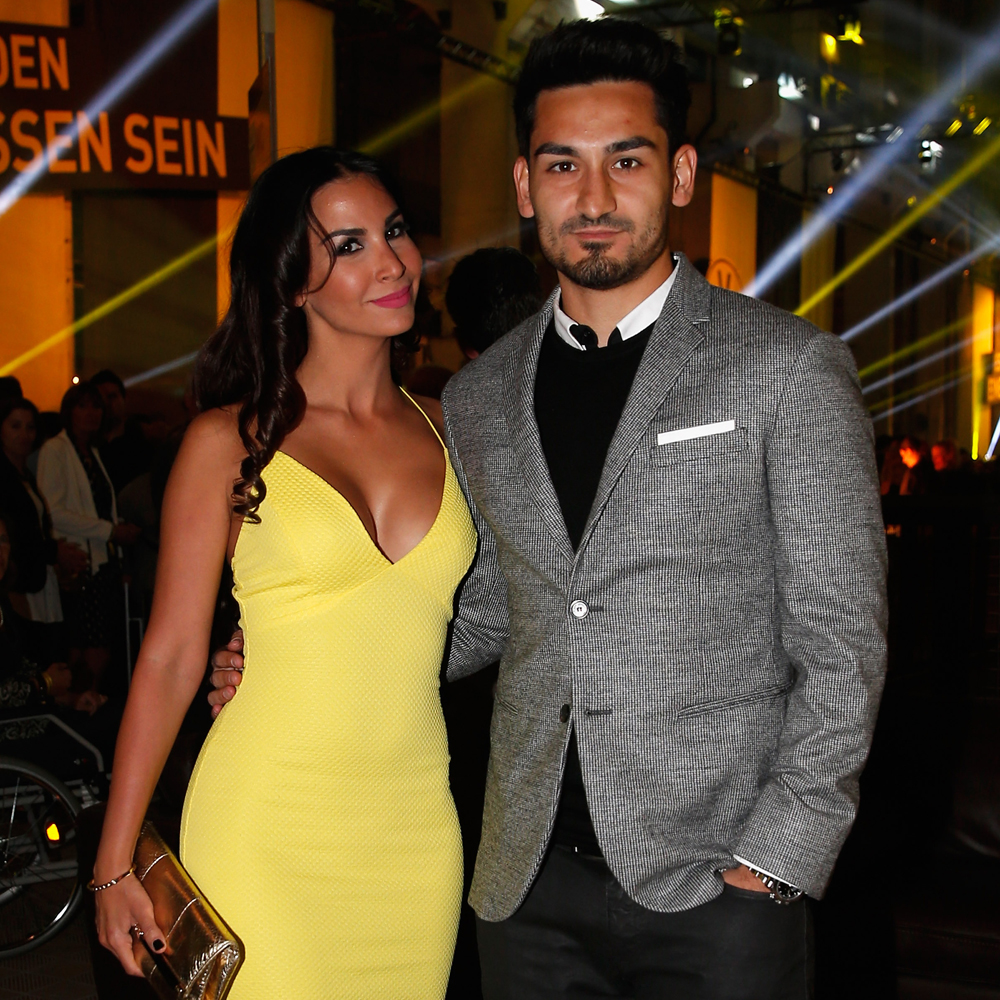 They say blood is thicker than water, and that’s the truth for the most part. We won’t speculate, but perhaps that’s why the German midfielder decided to marry his cousin, Tugba Sahin.

The two made it official in 2007 and had a son together four years later in 2011. While marrying your cousin is legal in Germany, it’s still frowned upon, but these two don’t care. They prefer to let their love speak for itself.

The Happy Couple Of Jesica Sterling And David Ospina 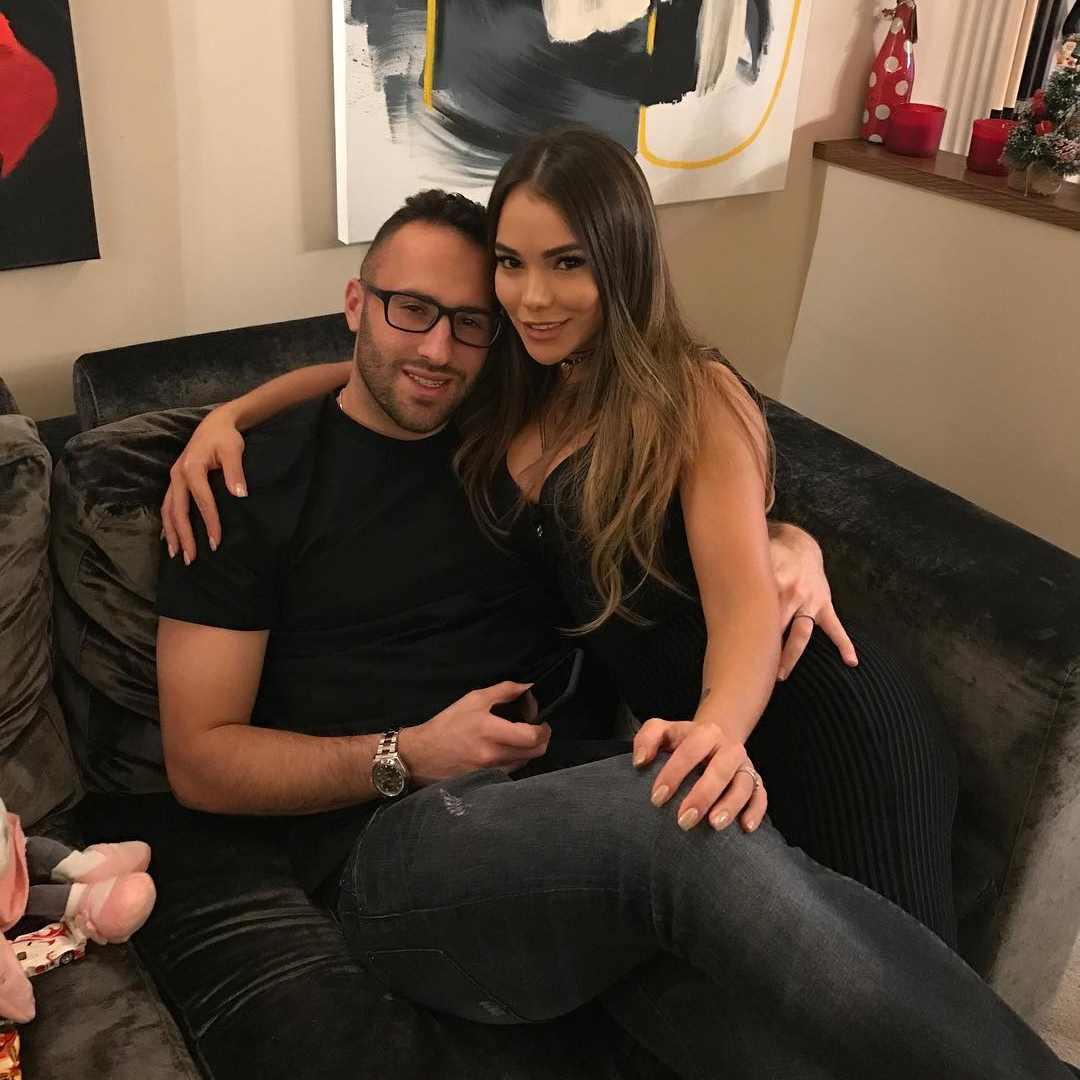 David Ospina became the second-youngest player to play goalkeeper for the Colombian national team during his first match in the 2010 FIFA World Cup qualifier. During the 2014 World Cup, Ospina gave up four goals throughout the whole tournament.

As for his love life, Ospina married his love Jesica Sterling in 2012. The two share two children together, a boy and a girl. Outside of that, the two aren’t in the spotlight as much as other international couples, but you can follow Sterling on Instagram to see their life through pictures. 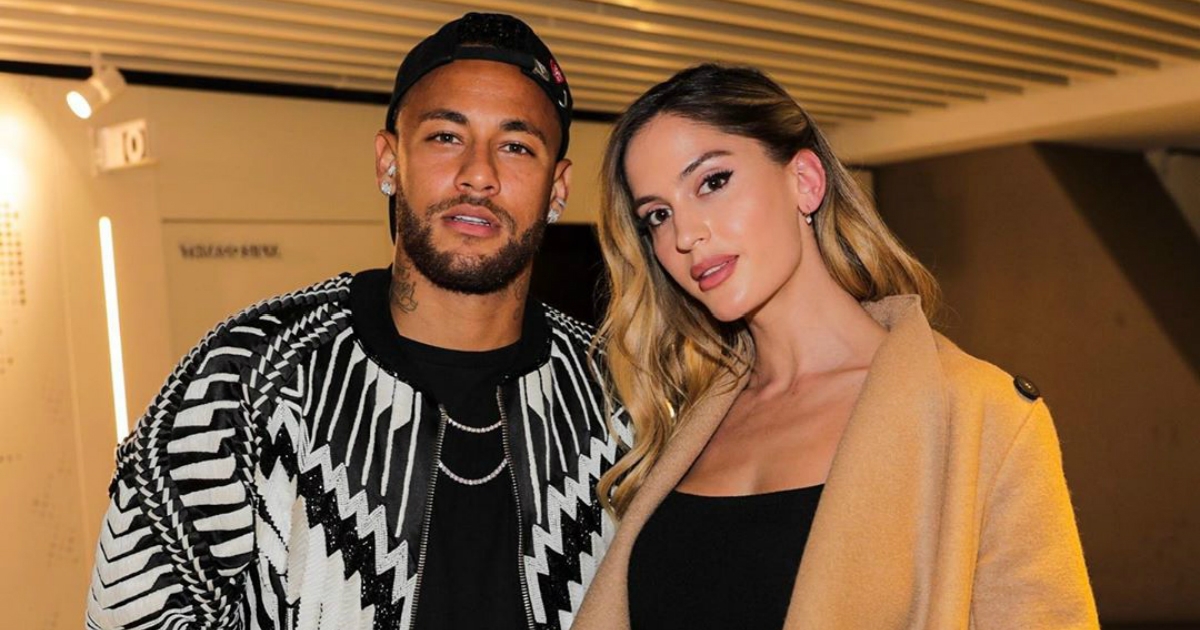 It’s no secret that Paris Saint-Germain icon, Neymar, has a spicy dating history. His most recent girlfriend, Natalia Barulich, is another one that’s garnered plenty of attention. At first, the relationship was only a rumor, but on Neymar’s birthday, the truth revealed itself.

The two met at one of Neymar’s past birthday bashes, but his 2020 celebration was different. “Everyone knows how extraordinarily talented you are, but if they could only see how real & beautiful you are inside your heart,” Barulich posted. 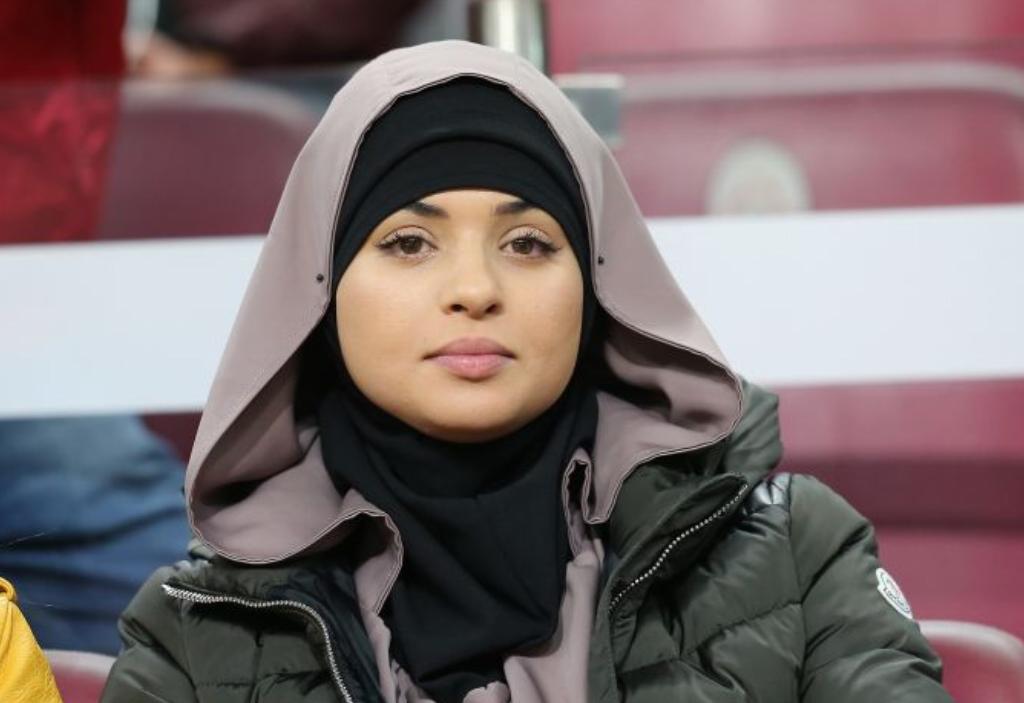 Allow this to be a lesson to all the young women out there who believe you need to expose yourself to find a mate. Younès Belhanda is a French-born Moroccan player who plays for the Moroccan national team and Galatasaray S.K.

His wife, Amal Belhanda, is a French-born Muslim who follows her religion faithfully. According to reports, the two are childhood sweethearts, but you rarely see them in public together. Their marriage was private, and they have two children together. 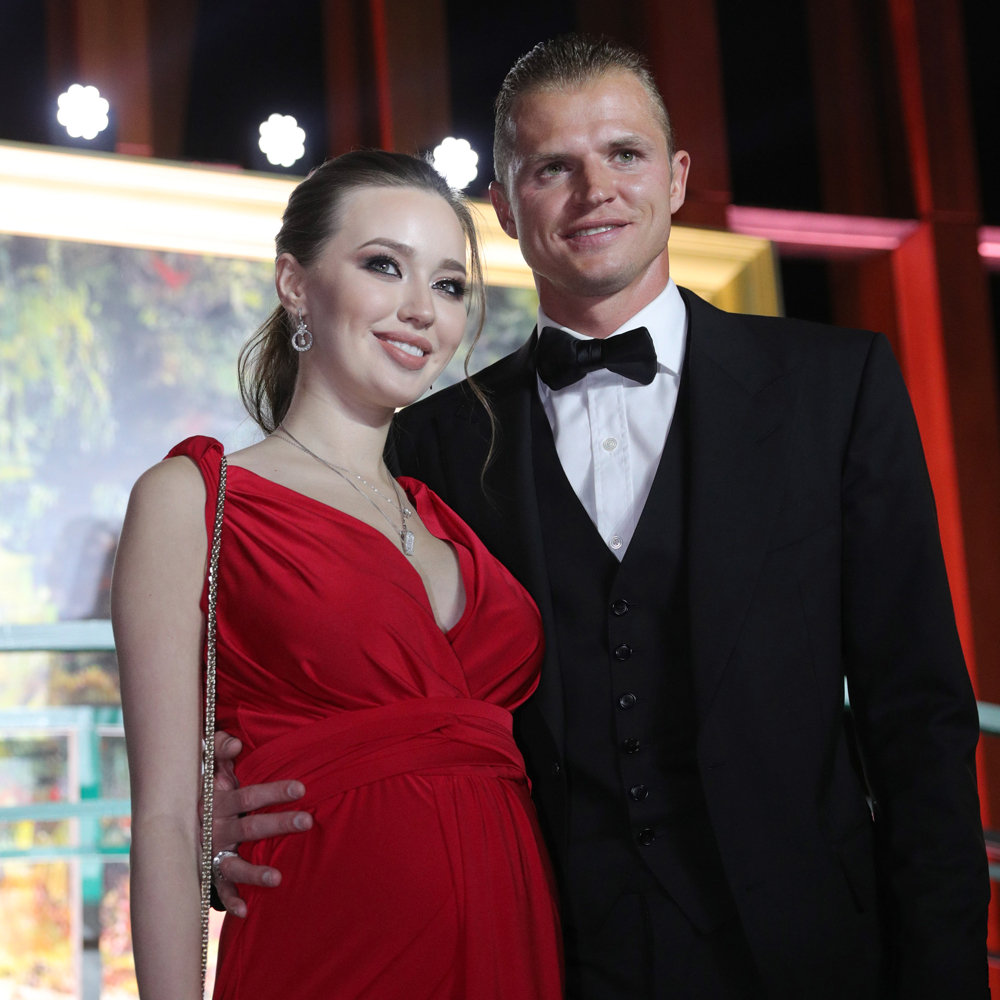 FC Rubin Kazan midfielder, Dmitri Tarasov, married himself to someone that has an accomplishment that only very few can obtain. In 2018, he said “I do” to Russian model Anastasia Kostenko.

Kostenko has a rich history in modeling, as she was the winner of Miss Russia World in 2014. The rumors are that Tarasov split up with his previous wife to get with Kostenko. Thankfully, there isn’t much drama surrounding them now, and they can focus on raising their daughter.

Rebekah And Jamie Vardy Are A Brilliant Match 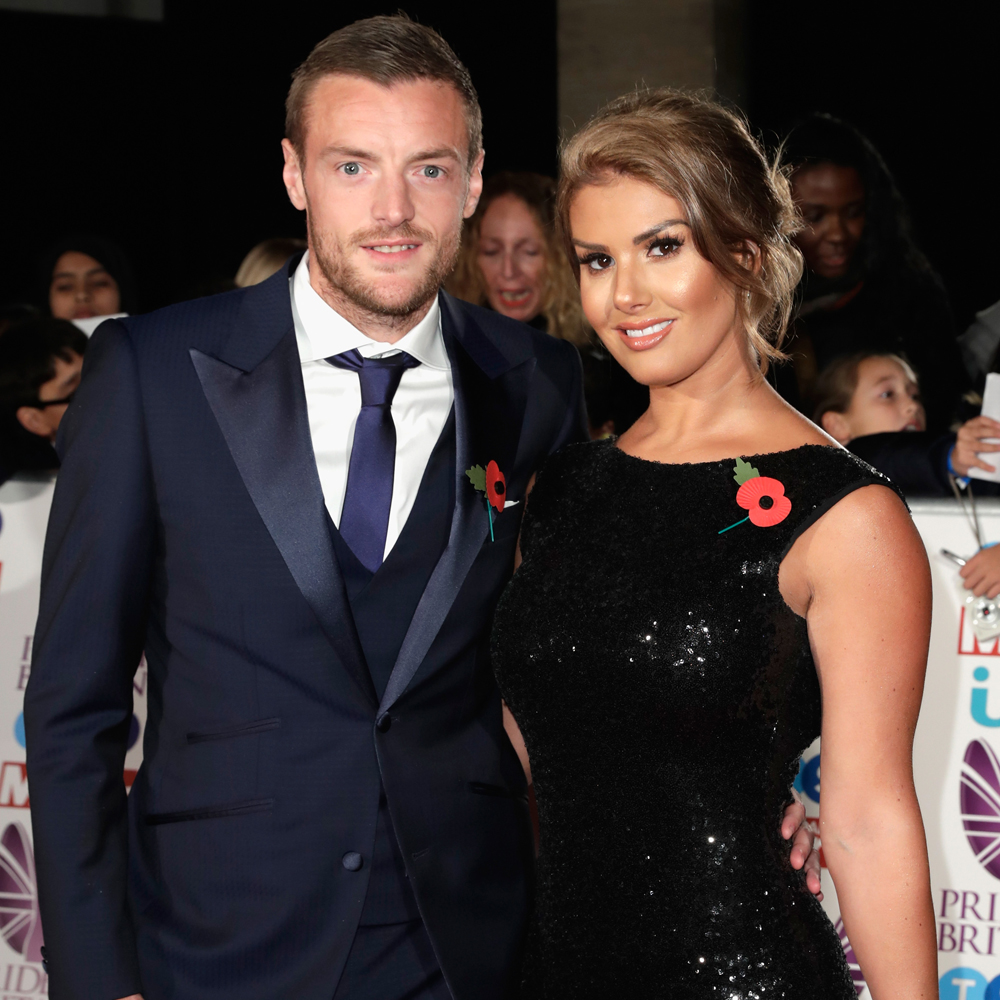 Jamie Vardy is a striker who plays for the English National team and Leicester City. He made his World Cup debut when he got selected for the 23-man national team for the 2018 FIFA World Cup.

As for his wife, he married Rebekah Vardy in 2016, and the two continue to grow their love. They have two kids and a strong bond. Many media outlets in England try and berate her for various reasons, but she leans on Jamie for support. 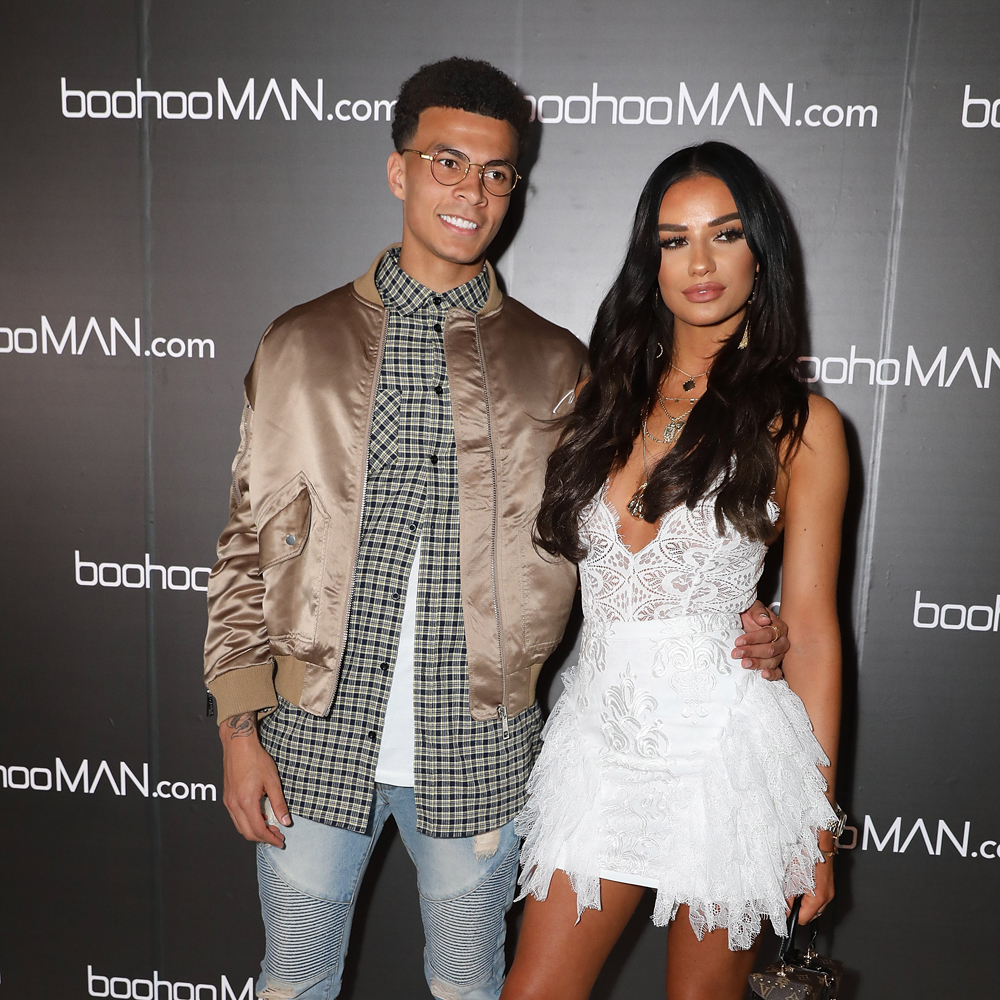 Not every relationship can be picture-perfect the whole time. You can expect there to be ups and downs when trying to figure things out and make something work. Dele Alli plays for the English national team, while his girlfriend is a lingerie model.

He and Ruby Mae began dating in 2016, but would eventually break up in 2019. After a few months apart, they patched things up for Mae’s 24th birthday. A source revealed: “It is all systems go again for them. They’ve had a rough few months.” Hopefully, they can keep things tight. 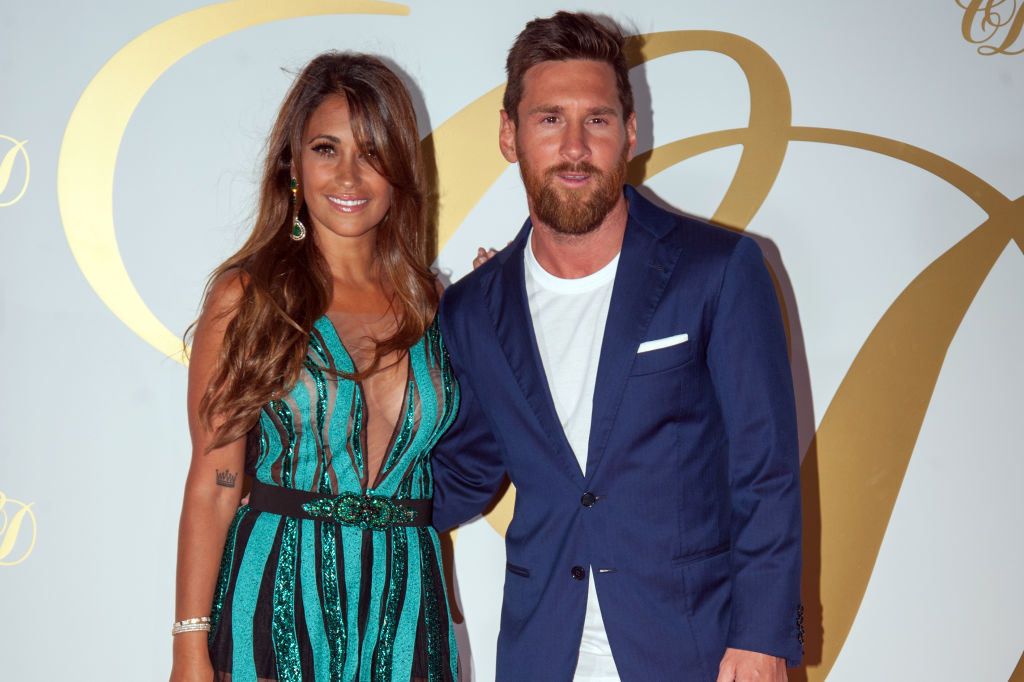 If there’s one thing the Argentina soccer star loves more than fútbol, it’s Antonella Roccuzzo. Lionel Messi has been in a relationship with her since 2008, and they finally got married in 2017. He knew her since he was only five because she’s the cousin of his childhood best friend.

When asked what he likes most about her, Messi said, “everything.” “She has many good qualities: how she gets by on a daily basis; her personality; she is always in a good mood, and she always faces up to problems in an admirable way,” said Messi. 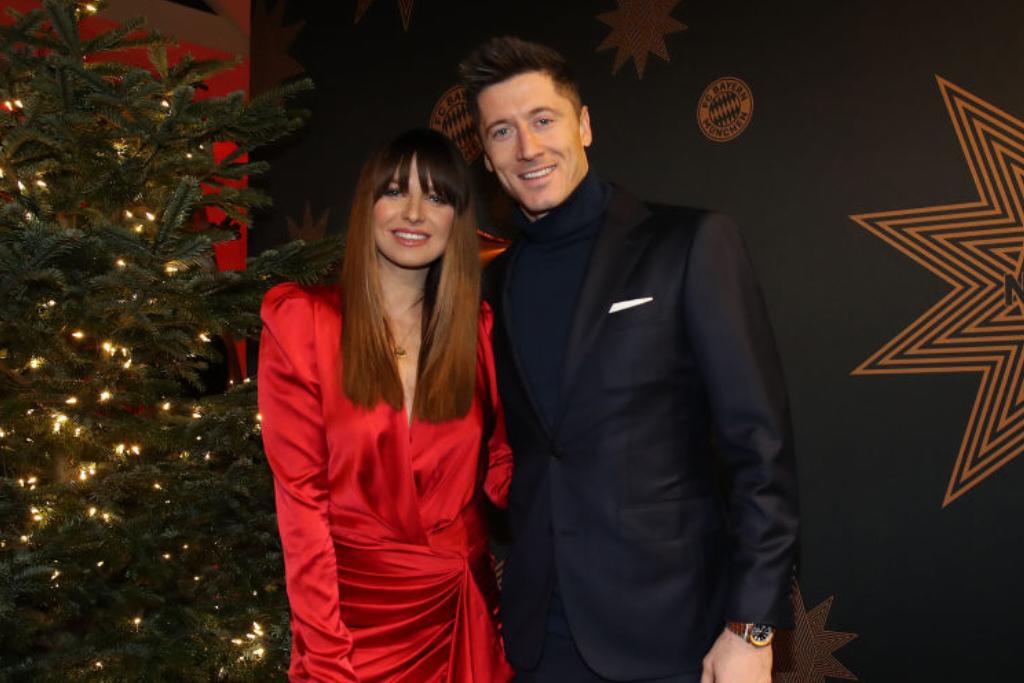 Robert Lewandowski plays for the Polish national team and has quite the leg on him. He serves as the captain and striker with stellar finishing skills. His most prized goal, however, is his wife, Anna Lewandowska, whom he married in 2013.

Anna is a bronze medal winner herself, snagging the prize at the 2009 Karate World Cup. It sounds like both of them know how to use their legs! The two share a daughter together who was born in 2017.

Javier Hernandez’s Wife Loves Being What?? 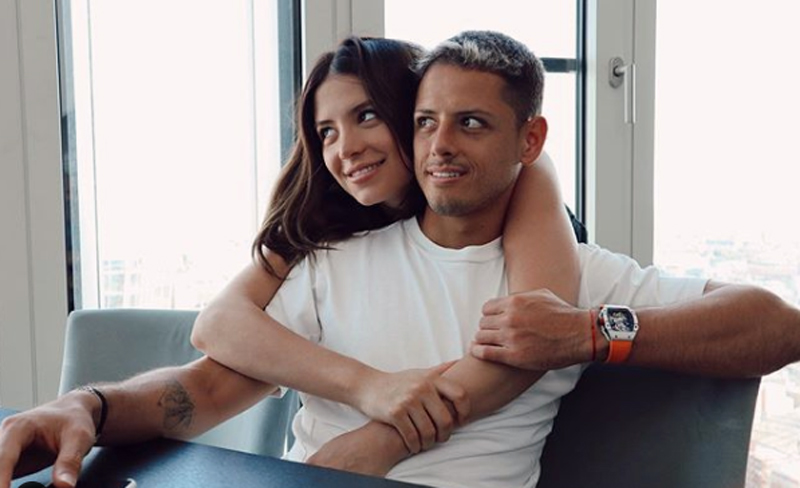 Javier Hernandez plays for the Mexican national team and his wife, Sarah Kohan, made a rather funny announcement via her Instagram not so long ago.

The two tied the knot in 2019, and have one child together, Noah Hernandez. Now, the two things that Kohan enjoys most, according to her, are two totally different things. Her Instagram caption read, “thanks for capturing me during two of my favorite activities, 1. being naked and 2. eating sushi.” There you have it, folks.

How Cute Are Maja Nilsson And Victor Lindelof? 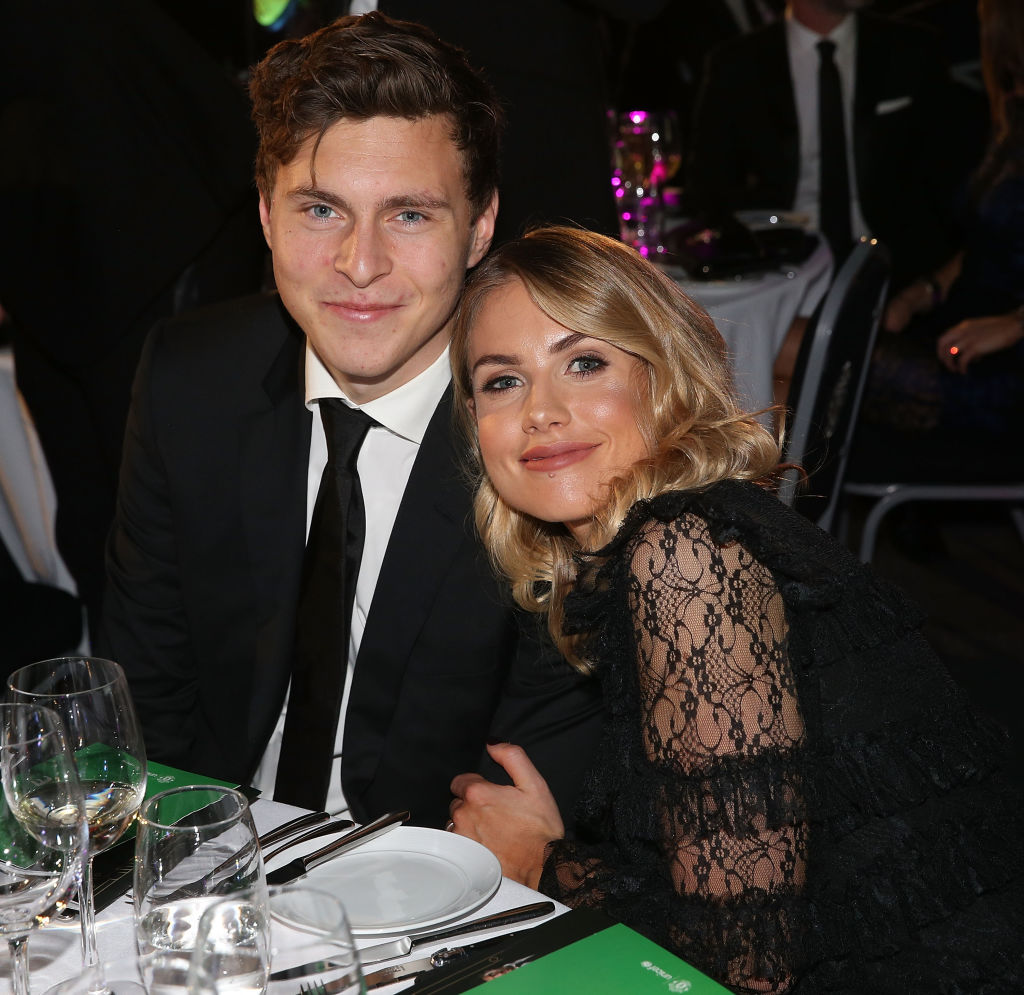 Victor Lindelof plays for the Swedish national team and is a stellar defender. When he’s with his wife, Maja Nilsson, the two apparently find it difficult to keep their hands off each other.

The two got married in 2018, and the Daily Express says they were affectionately showing tons of PDA at the latest World Cup. Nilsson also loves sharing her love for Lindelof all over her social media. He asked her to marry him in the beautiful Maldives, and the wedding took place in Sweden. 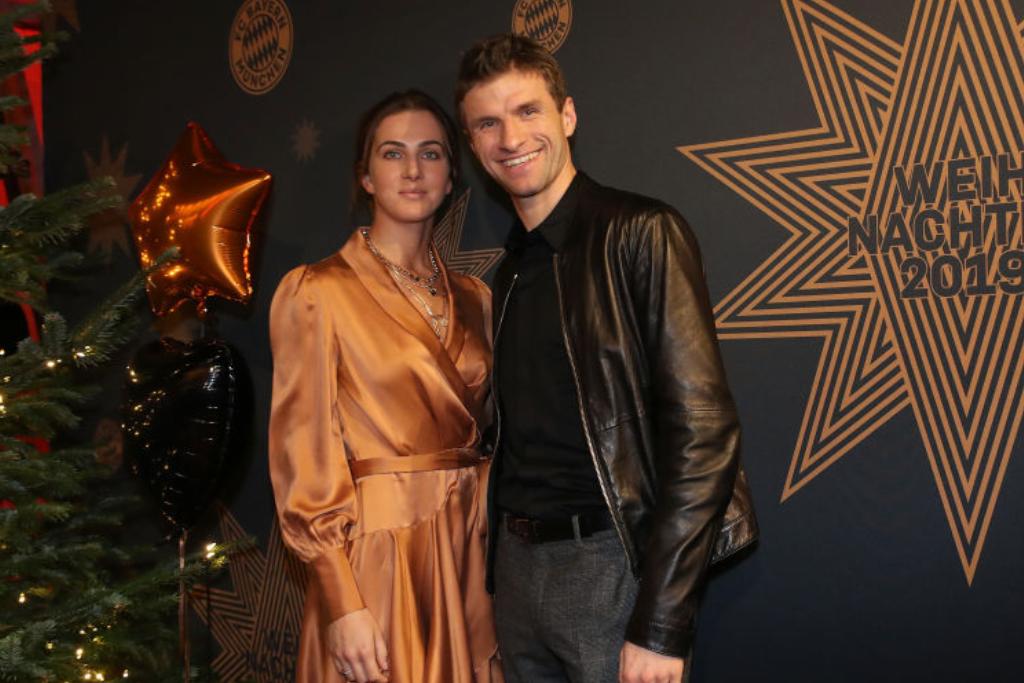 Thomas Müller was born in Weilheim, Upper Bavaria, which is a region in Germany. He’s an FC Bayern Munich forward, and his national team is Germany. He’s a seasoned veteran for the club, having made at least 100 appearances for the German squad.

As for his wife, Lisa Müller, the two were only boyfriend and girlfriend for quite some time before they decided to walk down the aisle. Lisa is a semi-professional equestrian who also works at a farm. They got married in 2009.